The stage of a cancer provides information on whether the cancer has spread and the extent to which it has spread within the body. There are four stages of lymphoma, with stages I and II being limited (involving a limited area) and stages III and IV being advanced (more widespread). The stage is determined by:

The most common method for staging lymphoma is called the Ann Arbor Staging System, which can be summarized as follows: 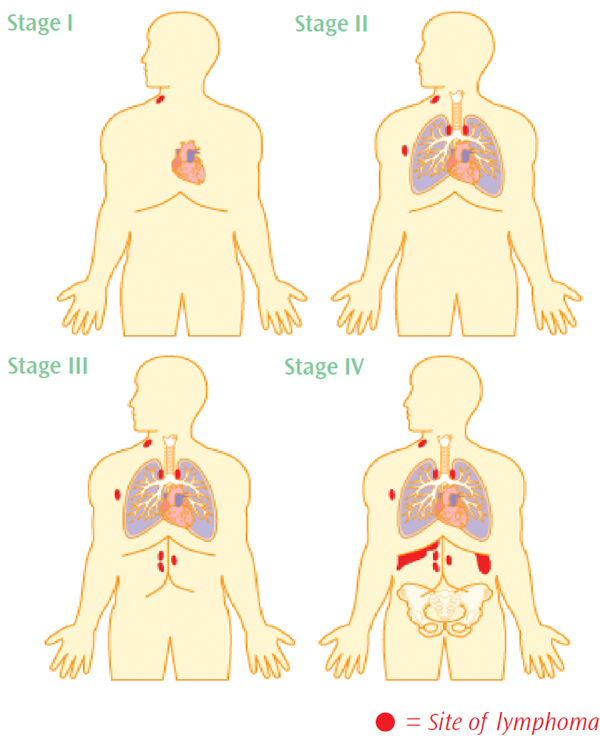 Your doctor may also add a single letter to the stage.

Patients with a B designation have one or more of the following B symptoms:

The presence of B symptoms may be associated with more advanced-stage disease.