Home » About Us » Our Team » Board of Directors

Home » About Us » Our Team » Board of Directors 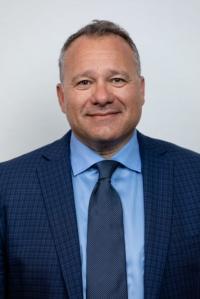 Mr. Grossi is a Chartered Accountant and has an MBA in International Business and Finance. He has over 30 years’ experience in the finance area ranging from public accounting to financial control, reporting and management in the biotech, manufacturing, and transportation industries in Canada, the US and Europe.  Mr. Grossi is CFO of Mobilinx Hurontario General Partnership. From 2018 to 2020 he was CFO of Novera Capital Inc., a Fintech company that provides investment solutions through innovative fund structures.  From 2002 to 2018 he was the Managing Director of Finance for the 407ETR Highway and drove significant systems and operational changes with the Company. From 1996 to 2001 he was the Corporate Controller of a US publicly traded international Biotech Company in Atlanta, Georgia and previously was the Managing Director of their Italian and Spanish Operations from 1992 to 1996. From 1987 to 1991 Mr. Grossi worked for Deloitte in their audit and financial services areas in Canada and later in Italy. 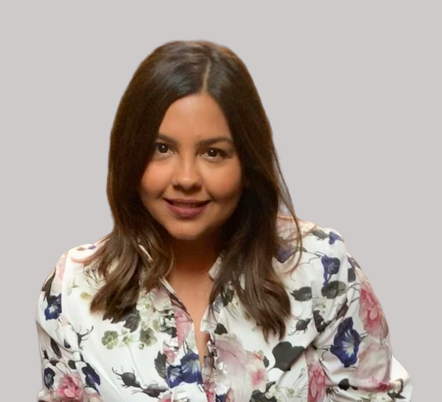 
Sabina Vohra-Miller has a graduate degree in clinical pharmacology from the University of Toronto. She previously worked in biotech as a medical advisor, where her area of focus was lymphoma.

In 2016, she retired from her role in biotech and with her husband, she co-founded the Vohra Miller Foundation, a philanthropic endeavor with the goal of improving the health of the people and the planet. She is passionate about making healthcare accessible and equitable for everyone.

She has also been volunteering for Lymphoma Canada since then and has contributed to the development of educational materials and patient resources.

Sabina is a member of Women Moving Millions, an international community of women who fund big and bold projects that advance gender equality as well as Vision2020, a program for next-gen philanthropists in Toronto, working hand-in-hand to invest in Toronto’s booming social capital and make the city more resilient and inclusive. 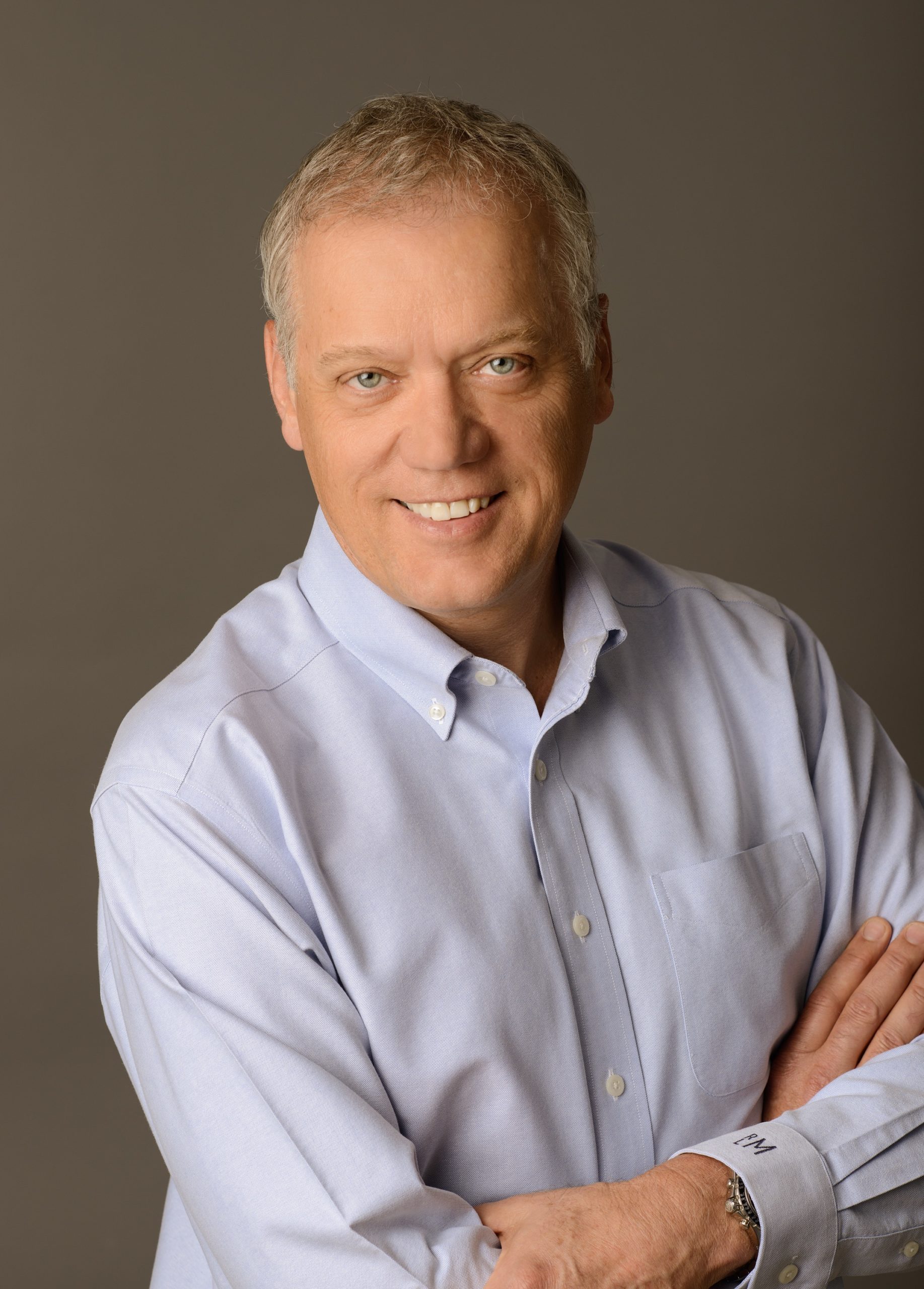 Mr. Michon is an entrepreneur and independent consultant, specializing in the strategic use of IT. He is involved in a number of startups in the IT sector as an advisor and an investor. He was the co-founder of 4Degrees, Quebec City’s only Tier III colocation center, sold to Videotron in 2015. During his nearly forty-year career, he has provided consulting services throughout North America to companies including Oracle, American Express, CA Technologies, Fujitsu, Taleo and Suntrust Bank.

Mr. Michon has extensive governance experience having held board positions in both for-profit and non-profit organizations. He holds a Chartered Director (C.Dir.) from McMaster University. He also holds a B.Sc.(Hons), an M.B.A. and several other professional certifications.

Robert joins Lymphoma Canada as a way of “giving back” after the support he received during his personal fight against non-Hodgkin’s lymphoma. 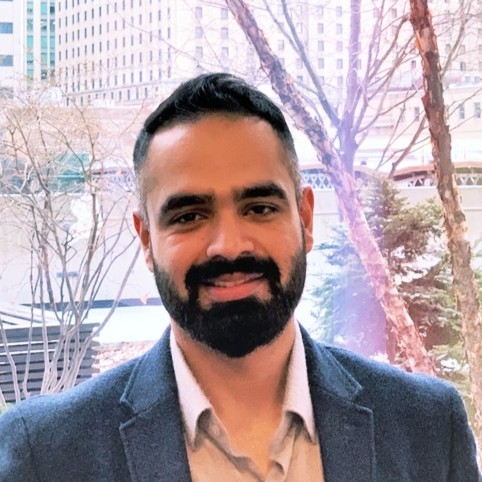 Pranav Bhardwaj is a Senior Manager with Deloitte’s Strategy, M&A and Analytics practice based out of their Toronto office. An experienced Management Consultant he specializes providing advisory services in Strategy, Innovation and AI in the retail, pharma, financial services, mining and defense sectors. He has worked with over 2 dozen Fortune 500 clients, in over 10 countries in a career spanning 10 years. His experience includes large scale business and digital transformations, while also developing strategic roadmaps and conducting assessments for his clients.

Pranav completed his Masters in Business Administration from Ivey Business School and Western University and prior to that obtained his Bachelors of Engineering in Mechanical Engineering from RVCE Bangalore. Over the last 5 years he has been involved with various non-profit organizations in advisory and board capacities. Pranav has also served as an adjunct faculty for Schulich School of Business and University of Toronto in the past. 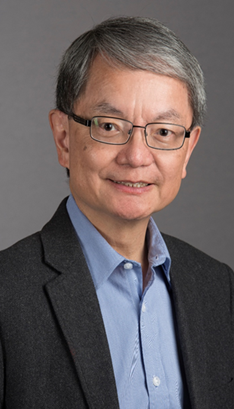 Tom was an assurance partner with RSM Canada LLP, an international public accounting firm from which he retired in August of 2021. He has extensive experience with not-for profit organizations, particularly in governance and risk management, where, over a forty-three year period, he served on boards or as the auditor or financial advisor. He has served on numerous task forces and ad hoc committees with CPA Alberta that reviewed and commented on proposed changes to the accounting and auditing standards in Canada. Most recently, he completed a term on the Private Enterprises Advisory Committee of CPA Canada. Tom is a long-time resident of Edmonton, Alberta where he lives with his wife, three adult children and six grandchildren. Tom was born in Ottawa, Ontario. He is a very proud Canadian and is also proud of his Chinese heritage. 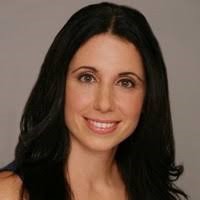 Lina Ciaccia is a Certified Human Resources Leader and an Associate Certified coach with over 20 years of experience in human resources driving business improvement, leading organizational changes and business transformations.

Lina holds Bachelor of Commerce from les Hautes Etudes Commerciales and a Masters Degree in Human Resources Management from York University.  She currently holds the position of Senior Director in Human Resources for Rogers Communications, leading HR for the Customer Experience business unit.   She has held a variety of positions throughout her career which have enabled her to build strong relationships, and become a trusted advisor and focused strategic partner.

In the past, Lina has held a governance position with a local non-profit organization, serving as the Vice-President for 3 years. 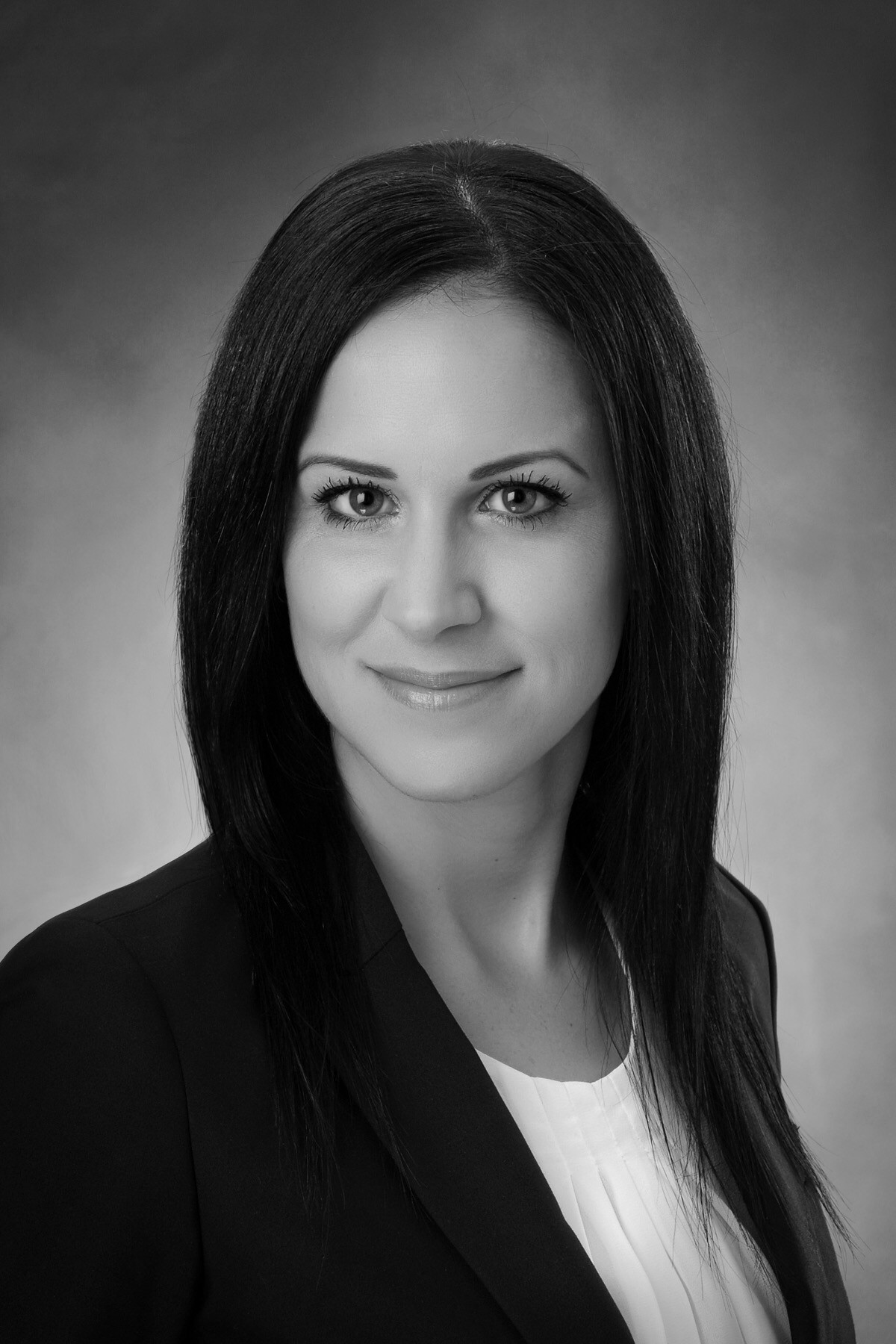 Marie-Claude Doucet is Chair of the New Brunswick Insurance Board since October 2016. Prior to her appointment to the Board, Ms. Doucet focused a bilingual law practice in civil litigation, specifically in insurance law.

Ms. Doucet holds a Bachelor of Psychology degree, a law degree and an M.B.A. Ms. Doucet also holds a Certification in adjudication for administrative agencies, boards and tribunals. 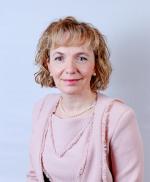 Dr. Nathalie Johnson is a hematologist who treats patients with lymphoma and CLL with a special interest in lymphomas that occur in the adolescent and young adult population.  She completed her clinical training in hematology and oncology at McGill and her PhD in Pathology at the British Columbia Cancer Agency in 2010. Since then, she has been performing translational and clinical research at the Jewish General Hospital in Montreal. She is also an associate professor in the department of Medicine and Oncology at McGill University. Her research focuses on identifying the factors that predict responses to chemotherapy and immunotherapy.  Her motivation for joining Lymphoma Canada is to help lymphoma patients by promoting advocacy, education and research. 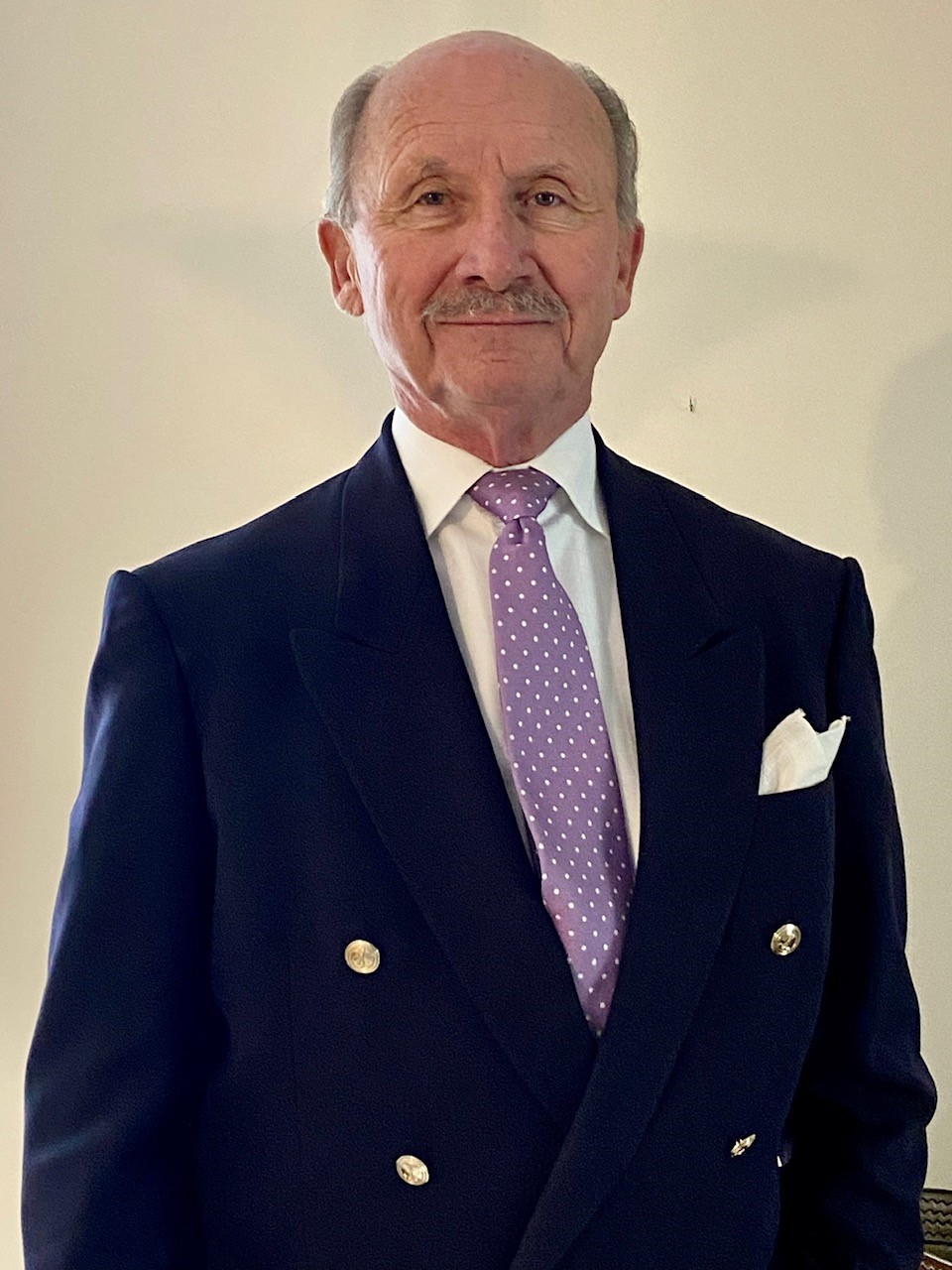 Roger is a results-oriented business executive with 40 plus years’ experience in marketing, communication, strategic planning, fundraising and non-profit management. Roger is a true believer that in business, as in life, great things come from great relationships, relationships built on trust, respect and honesty.

Roger spent his formative years in advertising and marketing consulting in Toronto, Vancouver and Calgary to such clients as Rothman’s of Pall Mall, Nabob, Ontario Lottery Corporation, Whistler/Blackcomb, BC Tourism, Alberta Distillers, the BC Pavilion@Expo 86 and Greyhound Air. While in Toronto, Roger received his certification (CAAP) from the Institute of Canadian Advertising.

In 1991, Roger pivoted from advertising to non-profit joining the Heart & Stroke Foundation of BC and Yukon, as Director of Marketing and Communication and later Major Gifts. It was while in this position that Roger gained a whole new appreciation for the Not-For-Profit sector generally, the value volunteers and the importance of relationships in fundraising specifically. During his time there, the Foundation won the National Fundraising Award two years in a row.

In 1995 Roger and his family moved to Calgary and where he briefly rejoined the advertising industry to take on the launch of Greyhound Air. After Greyhound Air, Roger returned to non-profit management as Executive Director of the Petroleum Communication Foundation (PCF). The mission of the PCF was to inform and educate Canadians about the petroleum industry and the role its products play in our daily lives. To increase the credibility of the PCF and their publications, Roger introduced a multi-stakeholder review process, which engaged both “friends & foes” as reviewers in the development of all new content, driving a dramatic increase in the acceptance of the PCF and its products.

In February of 2005, Roger was asked to consult on the creation of the Centre for Energy Asset Management Studies (CEAMS). CEAMS, in partnership with SAIT Polytechnic successfully created a 2-year Diploma in Energy Asset Management for the “business side” of the energy industry. In 2007, Roger was appointed Executive Director taking over responsibility for day-to-day operations of the enterprise and managing the ongoing relationship with SAIT.

In March of 2017, Roger began treatment for non-Hodgkin’s lymphoma. After receiving two years of amazing care, and being “clear” for three more, Roger is very excited to be joining Lymphoma Canada. 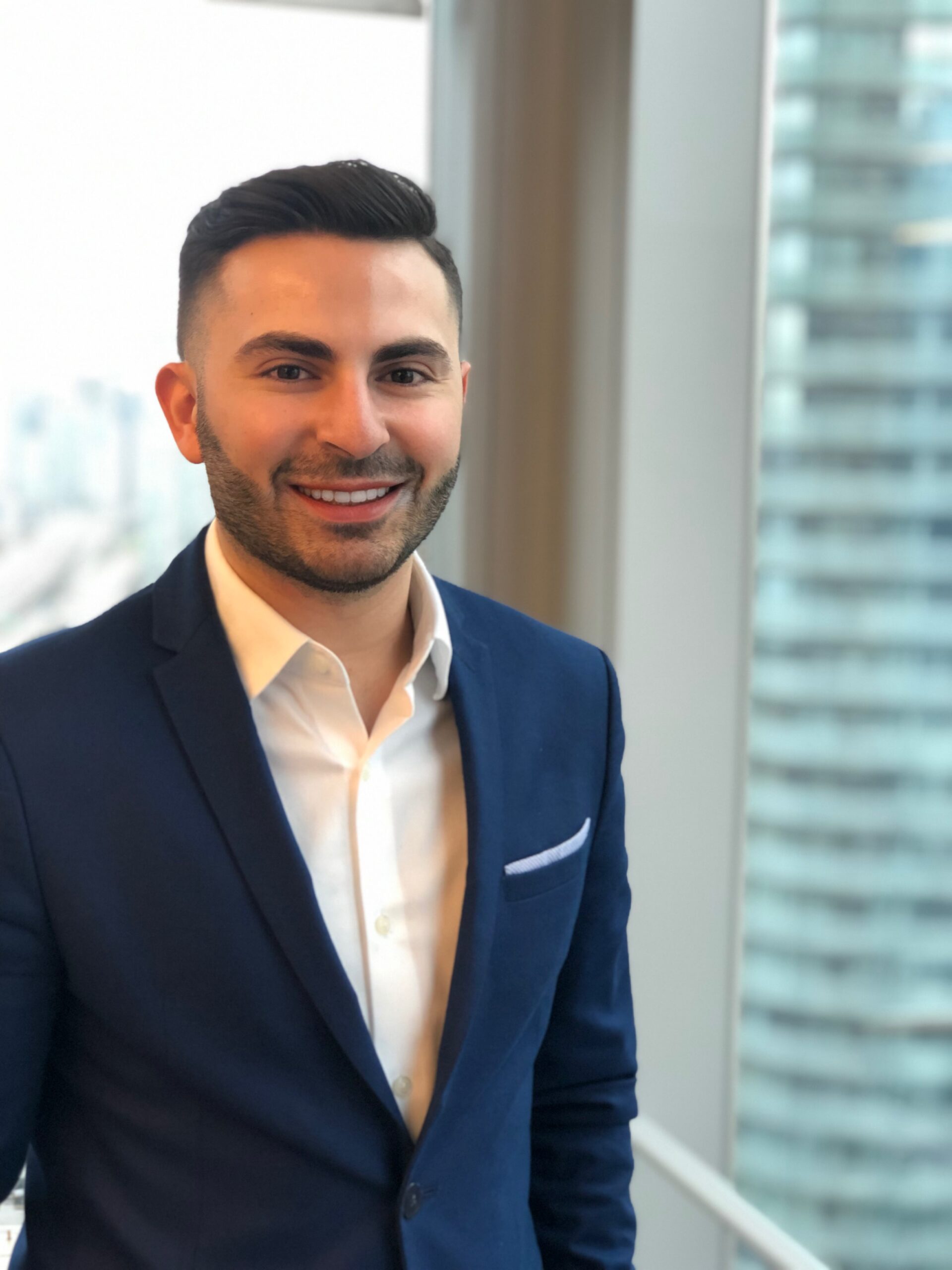 Karam holds an Executive Masters in Human Resource Management from York University. He currently holds the role of Global Leader Human Resources at DAC Group, leading HR transformation. He has held various strategic positions in his career, which have allowed him to own people strategies, enable technological advancements, and be a trusted strategic partner for organizations. Moreover, Karam is a part-time facility Professor at Humber College in the Global Business Management Program.

Karam is a member of the Standards Council of Canada. He sits as a Member of the Human Resource Management Committee, helping to define and build out HR standards within Canada. 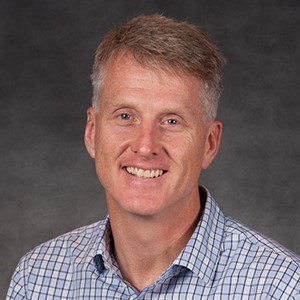 Blair has been working in the technology sector his entire career, with the past fifteen in various leadership roles within digital health. Blair has a personal passion for enabling digital health to enable improved health outcomes.

Formally educated with two undergraduate degrees at St Francis Xavier University in Nova Scotia where he was also a member of the varsity basketball team and won a national university championship during that time, along with a Masters program from McGill University l. Blair enjoys his free time in nature with various outdoor hobbies and also coaching youth basketball. Blair will be in the coaching staff for the NL provincial make basketball team at the upcoming Canada Games in August of this year.