The stage is determined by:

There are four main stages: 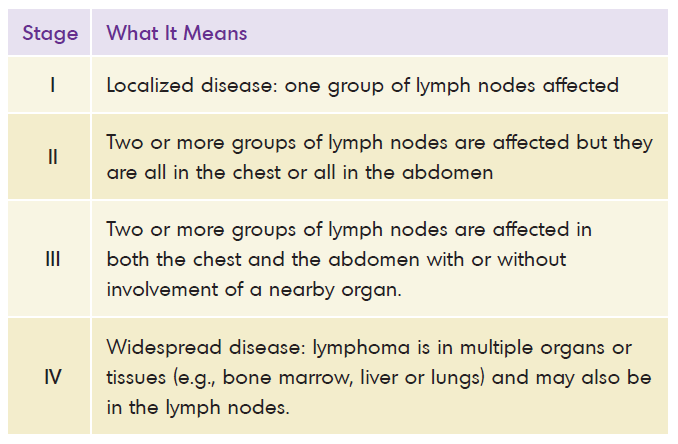 Your doctor may also add a single letter to the stage.

A generally means the patient has not experienced any troublesome symptoms.

B means the patient has experienced one or more of the following symptoms: