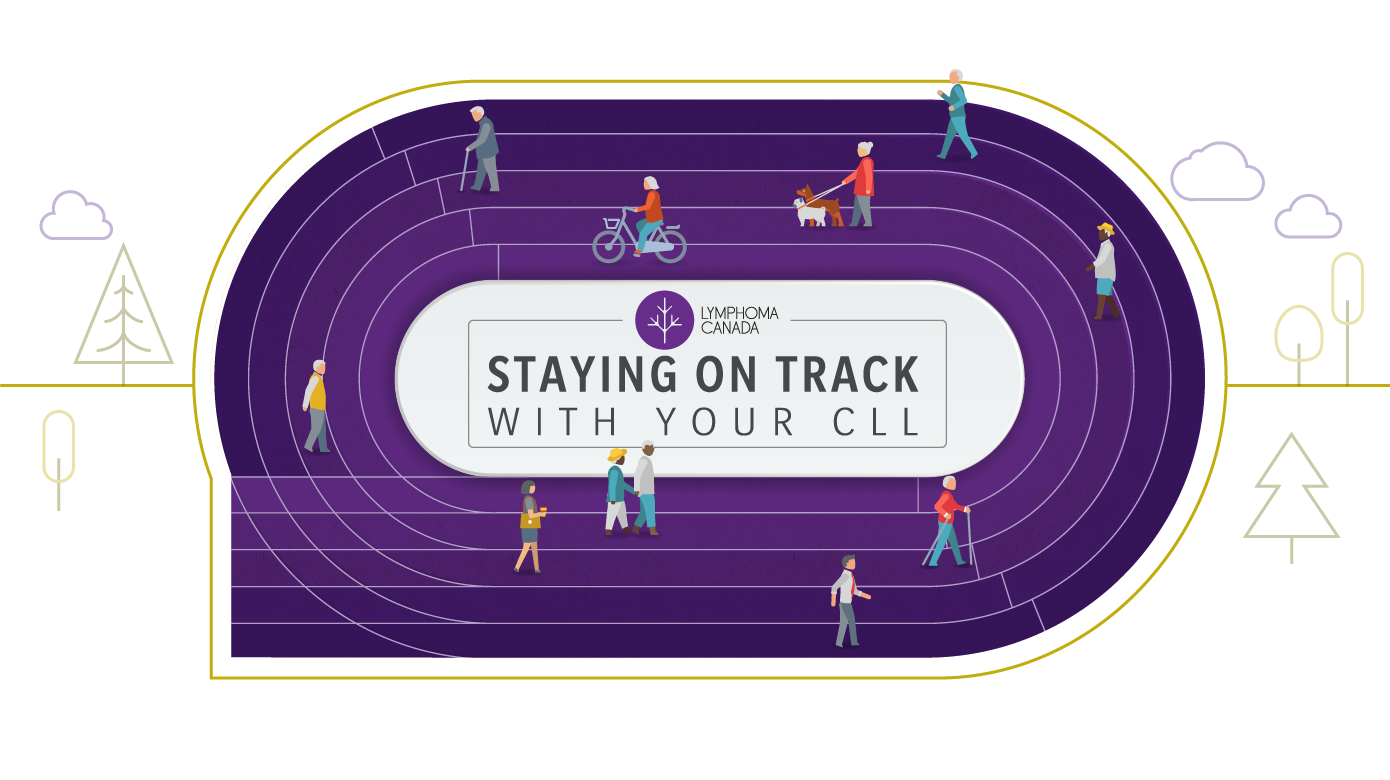 CLL and SLL are two forms of the same illness and they are treated in the same way. If you have SLL, the information here will therefore apply to your illness too. Both forms will be described together as ‘CLL’ unless there is something different about SLL that is important to highlight.

CLL (chronic lymphocytic leukemia) is a type of blood cancer. In people with CLL, the body makes too many abnormal lymphocytes. These abnormal lymphocytes look normal under a microscope, but they do not fight infections like healthy lymphocytes do. Although it is called leukemia, CLL is actually a type of blood cancer called lymphoma. Thinking of CLL as a lymphoma is important, because CLL behaves and is treated like other indolent (slow-growing) lymphomas.

Over 2,200 people in Canada are diagnosed with CLL each year. CLL is more common in men and occurs mainly in people aged over 60, with the average age of diagnosis in the early-70s.

CLL usually progress slowly. In many cases, it causes few, if any problems in its early stages. Many people have CLL that is slow growing and they may have stable disease for years with few or no symptoms. Other people with CLL have a faster-growing form of the disease that may cause more symptoms and need treatment sooner.

You may be diagnosed with SLL first, but doctors may later start calling your condition CLL if the number of lymphocytes in your blood (white cell count) rises. This is nothing to be alarmed about and doesn’t mean the disease has changed or ‘transformed’ in any way.