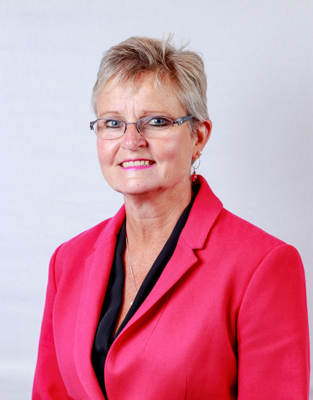 I turned 50 in 2013, as an avid runner and cyclist, I was in great shape. A vegetarian, I considered myself very healthy, so it was a bit of a shock to learn I had cancer, although I’ve since learned that lymphoma doesn’t discriminate.

It was the beginning of November 2013, when I started feeling unwell. By the middle of the month I had a terrible back pain when I lay down, therefore could not sleep. On November 22 I saw a doctor and was told I had probably injured my back. I didn’t have a regular doctor, so I felt I’d been dismissed. The next day, the pain had intensified, so I went to emergency at my local hospital. I was given morphine and had a series of tests; a CT scan identified a tumor on my kidney. A week later I received a fine needle biopsy and was told it was either kidney cancer that had metastasized or lymphoma, and to hope for lymphoma. The following week I had a bone marrow biopsy. Days later during my first visit with my oncologist, I was given the ‘good news’: I had two types of lymphoma; Diffused Large B Cell and Follicular, and most likely the DLBCL had transformed from the follicular. I underwent chemo to attack the DLBCL, as it was life threatening. December 23 was my first session of R-CHOP. It was a Christmas I will never forget. After the 4 chemo sessions were over, I was advised to receive methotrexate as an inpatient treatment: one week in hospital, two weeks of recovery for 4 cycles. 2 years of rituximab (maintenance) followed.

Like so many others I have spoken to or read their stories, battling the cancer through active treatment is easier than living with the disease and waiting for it to come back! This last year has been very stressful. Every time I’ve felt sick or had pain I’ve thought the follicular had transformed again. I’d gone from never seeing a doctor to being a ‘frequent flyer’. As a ‘type A’ driven by my career, it has been difficult for me to return to my ‘normal life’.

Volunteering with Lymphoma Canada has given me renewed purpose. The small but dedicated staff is amazing. I am proud to serve on the board of directors for an organization providing education and support to those living with lymphoma, caregivers and health care professionals. I am able to use my CPA designation to provide financial guidance to the organization. A colleague said to me, “I took lemons and turned them to lemonade.” I like that sentiment.

It would be nice to think lymphoma hasn’t changed me, but it has. I now take time to reflect on life, I prioritize differently – something we should all do – regardless of being faced with a life changing disease.

I am grateful for the quick diagnosis, and the care I have received. I am thankful to be alive!