The head-shaving event at their house raised $1,800 with over 35 people attending and 16 getting their head shaved, which included Shane and Amanda’s 4 year old son Luke.


On June 20, 2015, Shane and Amanda Stege organized a fundraiser, in honour of Amanda’s brother, Matt. The head-shaving event at their house raised $1,800 with over 35 people attending and 16 agreeing to the courageous and generous gesture of getting their head shaved, including Shane and Amanda’s 4 year old son Luke.

Matt was recently diagnosed with Hodgkin lymphoma. As the parents of 2 children, Lila age 2.5 years and Jack age 6 months, and expecting another, Matt and Leona had always hoped to have four children. However, they knew that Matt’s chemotherapy regime might result in sterility and that they would need to accept that they may only have three children. On the very same day that Mat and Leona met their specialist to hear the news of Matt’s lymphoma subtype, , Leona had an ultrasound appointment which revealed they were expecting twins – they would be blessed with the 4 children they had always hoped for. 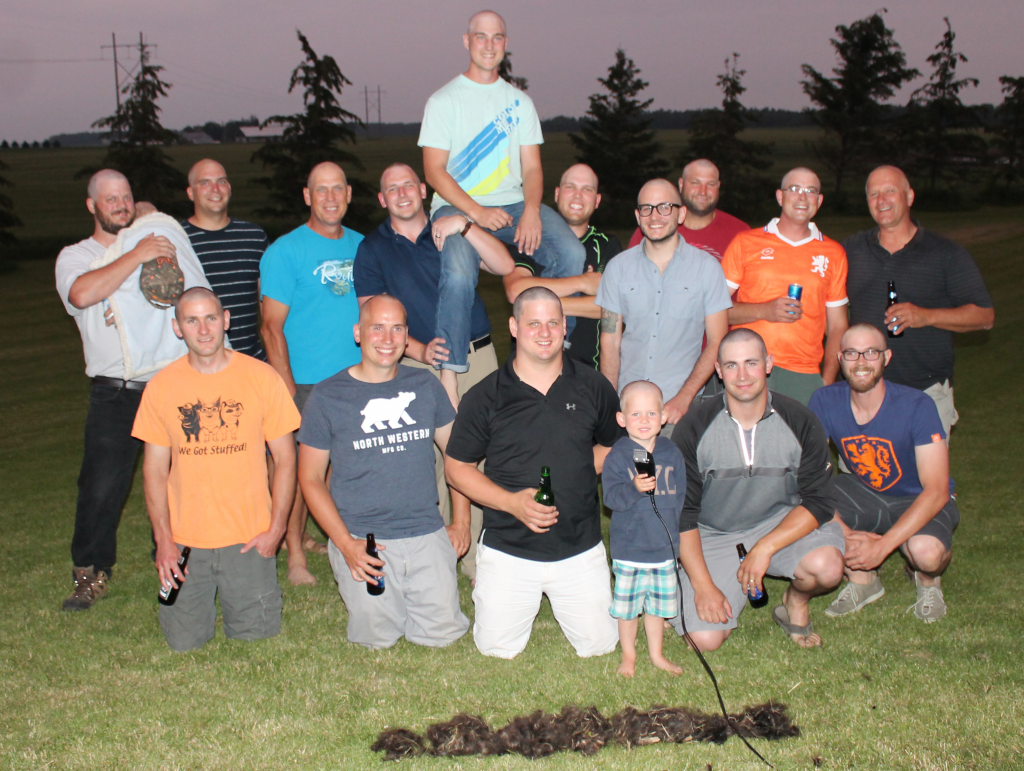 “Matt and Leona are two very optimistic people.  Everyone who knows them comments on how amazing and upbeat they are, and how much kindness they offer to the community around them.  They always have a smile and are taking a very positive approach to beating cancer!” says Shane about his cheerful brother-in-law.

Matt is 27 years old, a husband and a father of 2, with 2 more on the way living with HL. He has completed 4 of 12 rounds of chemo and is expected to be done with his treatments in November.

We wish Matt and Leona all the best during their lymphoma journey and congratulate them on the upcoming additions to their family, who will be joining them shortly.

We are grateful for Shane and Amanda Stege raising $1,800 for Lymphoma Canada to continue empowering patients and the lymphoma community through education, support, and research. They truly are a testament to the contribution one patient and their family can do to positively impact others who are experiencing similar difficulties.

“I also would like to say:  Thank you Lymphoma Canada for the work you do. Because of you, this story can have a happy ending!!!”  Shane Stege