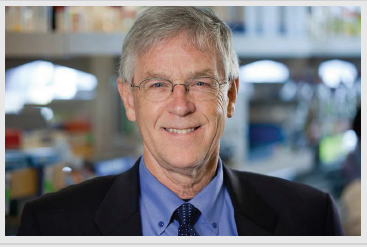 Appointed to the Order of Canada

Announced by Her Excellency the Right Honourable Julie Payette, Governor General of Canada, Dr. Joseph Connors has been appointed to the Order of Canada. He has been recognized “for his contributions to the study and treatment of lymphoid cancers, and for his role in the advancement of lymphoma care in Canada.”

We congratulate Dr. Connors on receiving the highest civilian honour that can be bestowed upon a Canadian. His outstanding achievements have enriched the lives of lymphoma patients across our nation.

Dr. Connors’ involvement with Lymphoma Canada dates back to our embryonic stage. When patients conceived of the idea of an organization to support lymphoma patients, they approached Dr. Connors for his wisdom and support. He provided both, and was integral in establishing a plan that brought Lymphoma Canada to fruition. He was also Lymphoma Canada’s first Chair of our Scientific Advisory Board.

Dr. Conors is now recognized as an Honourary Governor of Lymphoma Canada.

Dr. Connors received his MD from Yale University and did his Internal Medicine residency training and chief residency at the University of North Carolina in Chapel Hill. He then worked in the Indian Health Service in Alaska for two years before completing his Medical Oncology Fellowship at Stanford University under Dr Saul Rosenberg. He accepted a position in Medical Oncology at the BC Cancer Agency in 1981 and has been a member of the Faculty of Medicine at the University of British Columbia since that time reaching the position of Clinical Professor in 1997.

Presently, he is a Clinical Professor in the Department of Medicine, Division of Medical Oncology, at the University of British Columbia and the chair of the Lymphoma Tumor Group for the British Columbia Cancer Agency and focuses his clinical activities and research efforts in the area of understanding lymphoid cancers. He is recognized both nationally and internationally for his work in the field of lymphoma.

A fierce patient advocate, Dr. Connors has touched the lives of countless lymphoma patients and trained scores of hematologists who are sharing their knowledge to benefit patients across the country as well as internationally.

Recently, Dr. Connors retired from a long and distinguished career with BCCA in Vancouver.