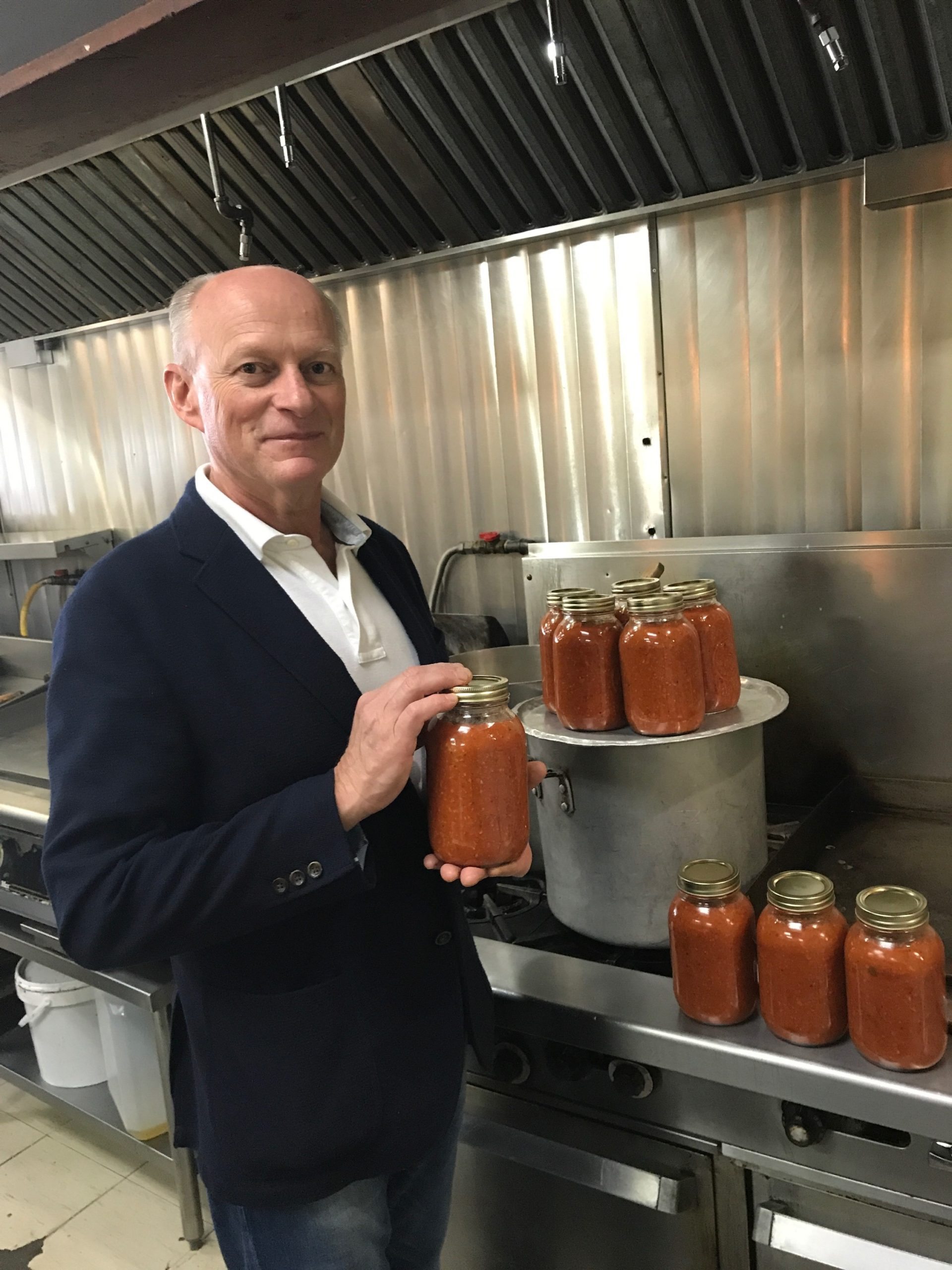 Nick was diagnosed with non Hodgkin’s Lymphoma in September 2013.

Once treated and in remission, he and his wife Joanna decided to hold a Spaghetti Dinner fundraiser — which has been a full house from the beginning with family, friends, colleagues and people from the  community– to raise awareness and donate to Lymphoma to help people like Nick.

Since their first dinner in 2014 they have raised over $20,000 for Lymphoma Canada and Sacre Coeur hospital.

This year’s spaghetti dinner will be on October 13, 2017.  In addition to the spaghetti dinner, Nick makes an INCREDIBLE meat and a tomato Spaghetti Sauce which they sell for $10.00 for a 1 liter jar.
Nick sells the sauce at the event and to anyone else that can not attend and proceeds are donated to Lymphoma Canada.

The sauce can be picked up at his Restaurant Allo Mon Coco Fabreville at 3924 Boulevard Dagenais O. Fabreville, Laval H7R 1L2.